DCs undergo metabolic reprogramming from a predominantly oxidative phosphorylation (OXPHOS) to glycolysis to mount an immunogenic response. The mechanism underpinning the metabolic reprogramming remains elusive. We demonstrate that miRNA-142 (miR-142) is pivotal for this shift in metabolism, which regulates the tolerogenic and immunogenic responses of DCs. In the absence of miR-142, DCs fail to switch from OXPHOS and show reduced production of proinflammatory cytokines and the ability to activate T cells in vitro and in in vivo models of sepsis and alloimmunity. Mechanistic studies demonstrate that miR-142 regulates fatty acid (FA) oxidation, which causes the failure to switch to glycolysis. Loss- and gain-of-function experiments identified carnitine palmitoyltransferase -1a (CPT1a), a key regulator of the FA pathway, as a direct target of miR-142 that is pivotal for the metabolic switch. Thus, our findings show that miR-142 is central to the metabolic reprogramming that specifically favors glycolysis and immunogenic response by DCs. 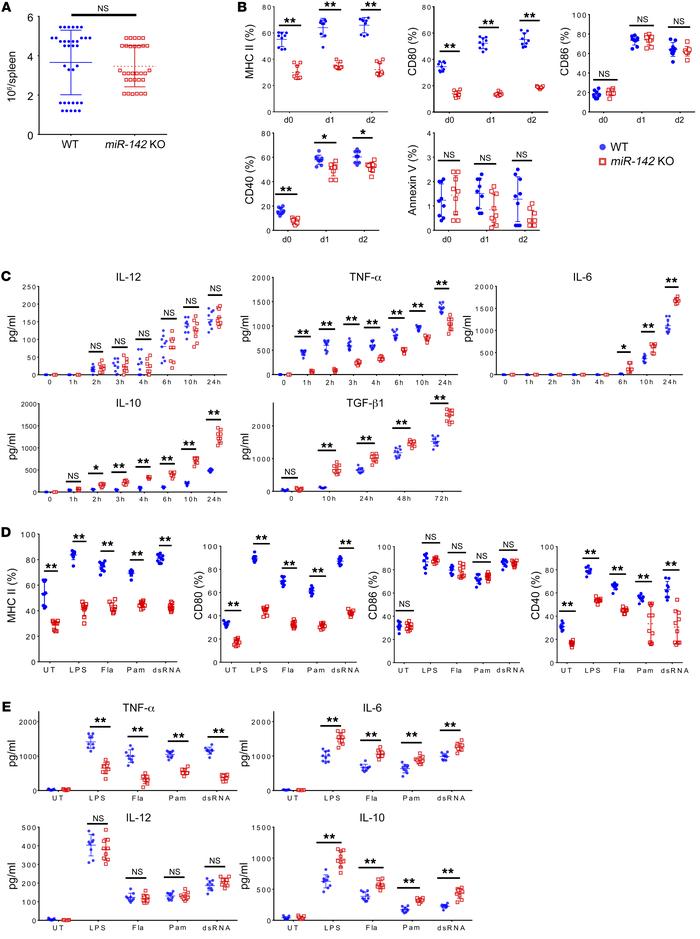